When it comes to cutting-edge technology, Tri-County Metropolitan Transportation District of Oregon (TriMet) rises to the top as one of the most progressive agencies in the country. Perhaps that is why they chose INIT as their partner to supply and implement a modern, multi-media e-fare system in the Portland-Vancouver metropolitan area.

Project at a glance

Implementing a state-of-the-art electronic fare system is challenging – even for innovators. The project required a solution that would seamlessly integrate with TriMet‘s already existing ITS system and infrastructure, and have multi-client capability. This aspect was needed to provide access for other agencies to join the e-fare structure in the future. Another requirement included the necessity for a comprehensive back-office system that could define individual agency parameters, while at the same time protect important fare and revenue data.

Open Application Programming Interfaces (API) and third-party system integration were also critical to the success of the entire system. This component would help ease the challenging task of connecting the agency with retail partners and suppliers, and would provide passengers with outlets to purchase the media and utilize the new fare system. TriMet chose INIT for the e-fare project in the Portland-Vancouver region because INIT is the only ITS provider that combines the complete range of ITS requirements into one fully integrated system.

The scope of the TriMet-led e-fare project included the implementation of an open payments fare structure that allows regional ridership across three agencies and two states. Riders can pay for fares using a contactless bank card, mobile wallet such as AndroidPay, ApplePay or GooglePay, as well as with a virtual smart card within GooglePay. TriMet, INIT, and moovel worked to enable this ground-breaking development. They simply tap their phone on any of the 1,200 INIT validators and hop on board the Portland Streetcar, C-TRAN buses, including The Vine, TriMet’s buses, MAX light rail and WES Commuter Rail.

INIT’s back-end processing software, MOBILEvario, serves as the core intelligence for the account-based and open payment fare system. It manages and processes fares in real-time, recognizes and processes revenue sharing, as well as manages accounts and automates reconciliations for all three agencies. Off-line processing is another added benefit of the INIT system. In the event of a network outage, fare payments can still be processed ensuring revenues are not lost.

As TriMet continues to blaze new trails in public transit, the Portland-Vancouver metropolitan area will reap the advantages. Riders will benefit from more convenience and pricing equity, as well as the opportunity to easily use contactless bank and smart cards, and mobile phones to pay fares. The result is a smoother and more economically managed transit network, increased mobility and better transportation services. As a result of the new e-fare project, TriMet is now the first US-based customer to benefit from a fully integrated operations management, real-time passenger information and e-fare system from INIT. 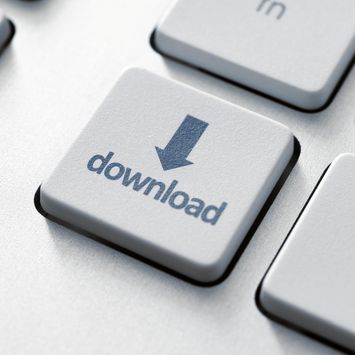 Do you want further information on our project in Portland? Read more in our showcase flyer.